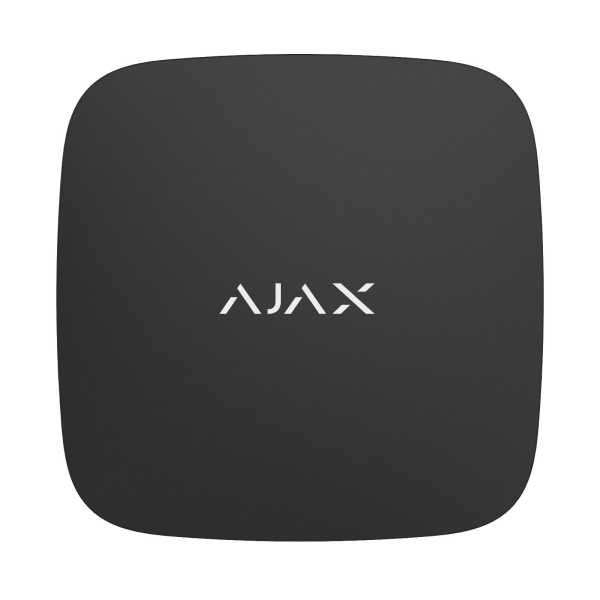 ReX - the radio repeater of the alarm system Ajax, which extends the limits of the protected area. It controls the system devices connected to it, allowing the user to position them at a considerable distance from the hub centre - in a high-rise office, in a separate garage or in a large production facility. With ReX, the range is doubled and the coverage of the Ajax radio network reaches 16 km².

Increases the flexibility of the Ajax ecosystem

ReX acts as a reliable link between the hub center and Ajax devices. Depending on the requirements, all or only some detectors can be operated in combination with the intelligent range repeater. The number of devices connected to ReX has no influence on the speed at which alarms are transmitted.

While normal range repeaters are the weakest link in the chain of security systems and increase the risk of alarm signal loss during transmission, ReX sets new standards in the reliability and stability for which Ajax is known. After the hub center, ReX is the second instance to make decisions. ReX integrates detectors into an autonomous group within the system. If the connection to the hub is interrupted for any reason, ReX takes control: the device receives an alarm signal from the detector and activates the siren to draw attention to the incident and deter burglars.

As intelligent as a hub

ReX is based on the intelligent operating system OS Malevich. The operating system has already proven its reliability - it is used in Ajax hub centers to protect hundreds of thousands of areas worldwide. ReX has the same information as the central Ajax control panel, controls the devices connected to the system, makes lightning-fast decisions and is always ready for use. ReX's capabilities and role in the security system will continue to grow as OS Malevich updates, which are free to all users, are released.

Ready to defend against attacks

ReX protects against software and hardware attacks. The OS Malevich operating system running ReX is not vulnerable to viruses or abuse, preventing interruptions resulting from attacks on the firmware code. It is not possible to hack ReX by intercepting the signal - the information sent and received by the device is encrypted. A sudden power failure is no problem - ReX has a powerful battery that does not compromise the security of the protected areas.

ReX - in a nutshell:

- Increases the coverage of the system up to 16 km²
- Alarms are transmitted in 0.3 seconds
- Connection to the system in 2 minutes
- All data is encrypted
- Works up to 35 hours after a power failure
- Informs about sabotage and manipulation of the device housing

To connect ReX to the system, all you need to do is scan the QR code, name the device and turn it on. Then select the Ajax devices to be operated over the range repeater. ReX does not need to be taken apart for mounting - the range repeater can be attached to the SmartBracket bracket in one simple step.

The Ajax alarm system has been extensively tested and has been certified to EN 50131 (for safety devices) as Grade 2. Grade 2 is suitable for apartments, houses and offices.
- The alarm system sends alerts to the owner's smartphone and the monitoring centre.
- Control is via the mobile application (app) and the radio remote control.
- The system helps to prevent break-ins through entrances such as windows and doors.

Is a cornerstone for the Ajax alarm system. Radio technology replaces yesterday's cables with modern radio communication between the components and achieves a maximum range of up to 2000 meters outdoors. This avoids the annoying laying of cables, the consideration of floor plans and the conversion of furnishings.

Was macht die AJAX-Geräte so speziell?