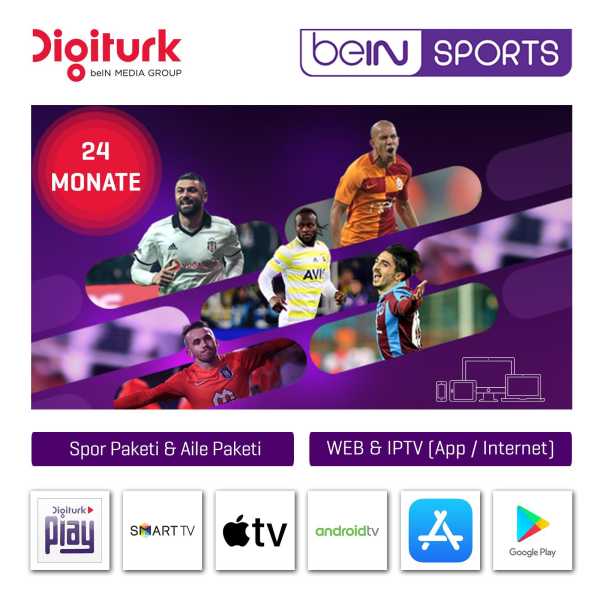 *Subscriptions for installments (12 months / 24 months) for Digitürk Play are automatically renewed after the expiry of the term (to 26,90 for 1 month periods). For this reason, the subscription must be renewed or terminated by contacting the dealer at least 2 months before the end of the membership period.