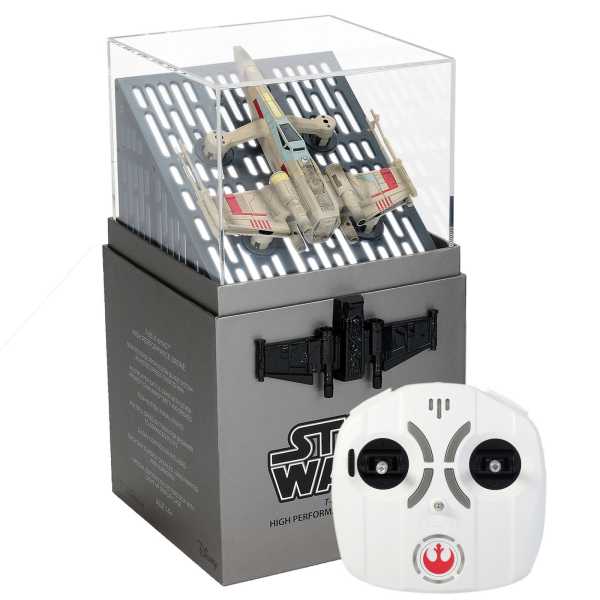 Opening the numbered and limited Collector's Edition Collector Box by Propel, the Star Wars quadcopter will be illuminated under a Plexiglas shell and various original sounds from Star Wars movies will be played. This makes the presentation of the T-65 X-Wing drone a highlight. The Star Wars T-65 X-Wing Battling Quadcopter is a must-have for any die-hard Star Wars fan. May the Force be with you as the rebels perform numerous battles to win the Empire.