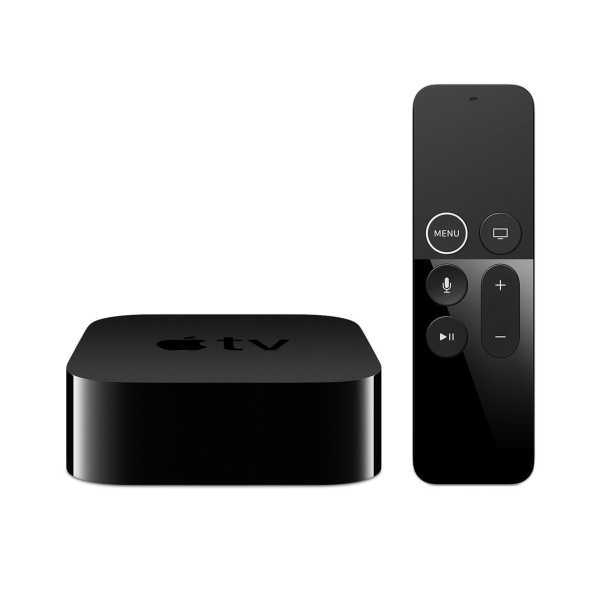 Although Apple as usual reveals little about the inner workings of its products: The 4K version of the Apple TV comes up with even more powerful hardware. So Apple has installed its 4K box for processing the 4K images A10X fusion chip and equipped the streaming client with 3 gigabytes of memory and a new graphics chip. Apple renounces the new 4K version still on a separate audio output. The AC power, HDMI out, and Gigabit Ethernet ports are retained on the Apple TV 4K. The latter also supports the dual-band standard simultaneously over 2.4 and 5 gigahertz, provided that your wireless router transmits its signals via the 802.11ac standard. On the remote control, especially the tactile white ring around the menu button stands straight in the eye. This makes it easier to understand the orientation in the menus visually and haptically. Otherwise, the remote control is similar to the previous model. The remote control works with Bluetooth as well as via infrared to transmit e.g. to control the volume of your TV directly.

Setup and operation of the 4K streaming box from Apple

Once you've connected the 4K version of the Apple TV to your 4K TV, the intuitive and straightforward setup familiar from its predecessor model. Practical: Many of the settings (Wi-Fi access code, for example) can now be transferred directly from your iPhone.