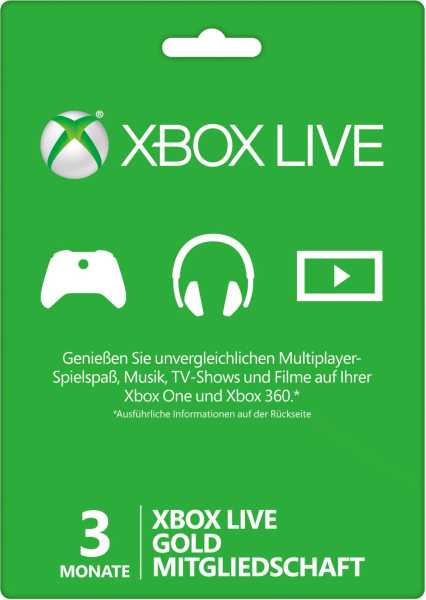 Play online with numerous gamers from around the world via Xbox Live Gold. Plus, with Xbox Live Gold membership, you get up to four games to download for free each month, as well as exclusive discounts and attractive deals. Your game data is automatically backed up to cloud storage during the membership period, giving you access to scores, skins, achievements, settings, and more from all Xbox 360 and Xbox One consoles.

The included Xbox Game Pass gives you unlimited access to many Xbox One and Xbox 360 titles for one month. Choose from the range of numerous games, load them onto your Xbox 360 or Xbox One, install them and you're ready to go. After the game pass, the games are no longer usable, but you can easily extend the runtime with other codes.